We hoped you liked Part One of our little list of big fluffy dogs. We’re couldn’t help ourselves, so we are back to  show you a few more of our absolute favorite big fluffy dogs. Do you want us to write more about one of these breeds? Let us know! 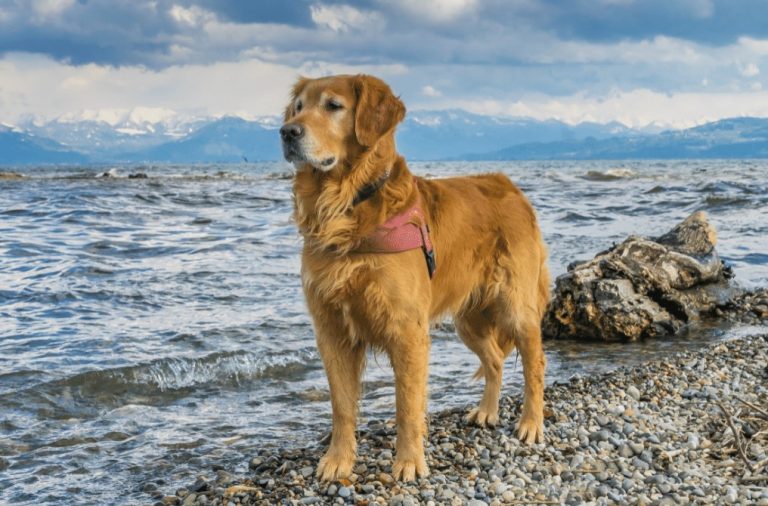 Life Expectancy: usually 10 to 12 years, but they can live quite a bit longer

More about the Golden Retriever:

Golden retriever has a thick, water-repellant double coat. The fur of the Golden’s coat is long and have a feathered appearance. They may have several different shades of golden colors, like dark golden and light golden mixed with an almost white gold sometimes. Golden Retrievers have no color markings.

Golden Retrievers shed moderately throughout the year. They shed heavier in the spring and fall seasons, though. So during these seasons, expect to find golden hair stuck on your couch, carpet, clothes, and more… Golden fur will practically be scattered everywhere in your house. You can do your part in reducing their shedding level by gently brushing their coat regularly.

Golden retrievers do not need frequent visits to the dog spa. They’re low maintenance in terms of grooming, despite having double coat and being a heavy shedder. However, it is recommended to brush them at least once or twice a week, and make sure to use a slicker brush when brushing them. By doing so, it will help remove the dead hair, preventing them from sticking on clothes. This also prevents matting. Moreover, after giving your Golden Retriever their occasional bath, make sure to dry their coat before the brushing session.

The Golden Retriever’s drooling level is relatively low compared to other breeds of dogs. If your golden retriever drools excessively, there is a greater chance they have oral problems, such as fractured teeth in the mouth or tumors in esophagus or another issue. If your Golden Retriever is drooling when there’s no food around, a visit to the Veterinarian is in order ASAP.

Golden Retrievers have a bright, fun personality which makes them a perfect family dog. They’re known for their playfulness, making them a great playmate for kids. However, since they’re another member of the big fluffy dogs club, you should still monitor how they play with kids. Dogs don’t know their own strength, after all. A Golden can  accidentally knock a child down no matter how careful they might be.

They can adapt fairly well in both cool and warm weather, so living in most climates won’t be an issue. However, Golden Retrievers need to get plenty of regular exercise! Failing to do so will only result in them getting anxious and developing bad behaviors.

Golden Retriever is eager to please and with their activity level and level of intelligence, training them isn’t too difficult. Early socializing while they’re young is recommended—as well as puppy training sessions. It will help them to develop to be balanced and well-mannered before they form lifelong habits. And remember, do not forget the obedience training. This kind of training strengthens the bond between a dog and their owner. 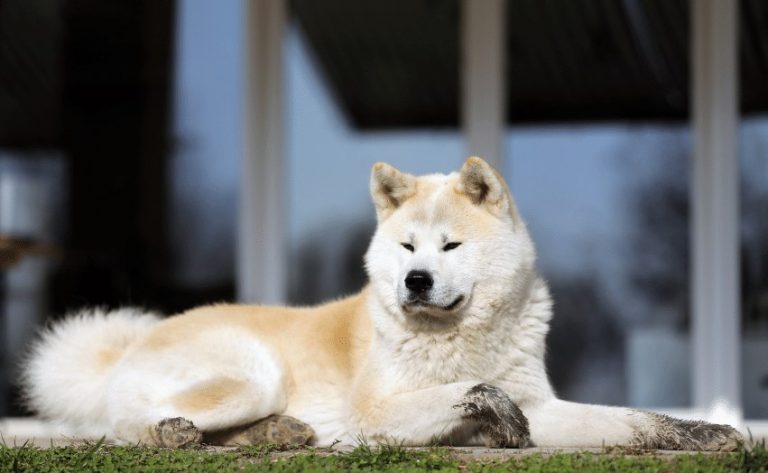 Height: Full-grown Male Akita have an average height of 25 to 28 inches, while Female Akita are usually 16 to 24 inches.

Weight: Male Akita usually weight around 80 to 115 pounds, while Female Akita are about 70 to 95 pounds.’

Other Facts About The Akita:

Akita is another big fluffy dog that has a double coat. Their outer coat can range from short to medium length and looks very dense. Their undercoat, on the other hand, is thick and delicate. Akitas usually come in three standard different color variations: Brindle, red and white—all of which may have some white markings.

Akita has quite a high shedding level and you can expect fur to completely take over your house. These dogs tend to shed their undercoat twice a year, which normally takes place during the spring and fall. Between major shedding periods, Akitas shed moderately all year-round. But despite shedding a lot, it’s not like your Akita will leave a hairy mess everywhere they go. All it takes is a bit of attention and upkeep. Brushing their coat regularly can make a huge difference in reducing their shedding level.

During their grooming sessions, you should use a slicker brush to brush their coat more effectively. With them being double-coated, you should give them a bath weekly or every other week to keep their coat manageable. There’s one problem: The Akita has a reputation for resisting any kind of grooming. You may have a difficult time handling their brushing or bathing sessions. So once every few weeks is no big deal.

Akitas don’t really drool at all. You won’t have any problem with this breed covering you with slobber.

Akitas are a pure guardian dog, which can be troublesome when they encounter strangers and other dogs. Addressing their nature requires lots of training and patience. Sadly, their natural attitude rules the Akita out of the running for first-time dog owners. Simply making prolonged eye contact with an Akita can agitate them, especially with people they’re unfamiliar with. Nonetheless, they enjoy playing a great deal with people who they are familiar with. Playing and exercise is a big part of making sure their need for physical and mental stimulation are met. Lastly, even though they’re perceived as house dogs or guardians, they are well-suited to spending time inside the house.

First and foremost, Akitas need consistent socialization training with new people and new dogs at an early age. This needs to continue until they reach adulthood; otherwise they can be very aggressive with other dogs, especially with their same gender—and once it becomes ingrained behavior, it can’t be resolved easily. Akitas can also be very skidding around strange people, so they need to be socialized with all sorts of folks from an early age.

In addition to that, make sure they’re treated with kindness and positing reinforcement during training. The Akita naturally responds to punishment with aggression. The goal is to eliminate the Akita’s reserved nature by helping them understand that people and other dogs are not a threat.

Life Expectancy: 12 to 14 years on average

Height: Tornjak have an average height of 28 inches.

Weight: Tornjak have an average weight of 65 to over 110 pounds.

Other Info About The Tornjak Dog Breed:

The Tornjak is a double-coated breed that often come in white, but many are also two-colored with markings, which can be black and black & tan. They have their signature short fur over their face and legs, while their mane is quite long.

Tornjak sheds a lot to be frank. And with their double coat, you can expect to find hair everywhere in the house. They shed heavily twice per year, in the spring the fall. To reduce the chances of their hair spreading all over the place, you can try to make the problem not as bothersome by brushing their coat regularly.

Grooming a Tornjak  is actually easier than with other breeds. They don’t require frequent bathing, but you can occasionally bathe them when they get too dirty playing around. Another thing- you should watch out for their fast-growing nails. Their sharp nails can scratch you up pretty easily, so watch out and trim as needed. Lastly, check their ears once in a while, as these big doggies can be prone to ear wax buildups.

This breed is one of the big fluffy dogs that do not drool very much at all. It’s unlikely for them to drool when they are just hanging around. But you may notice them drooling when they’re eating and/or drinking—this is natural and nothing to be concerned about.

Tornjak does not do well in apartment life or in small spaces. The outdoors is where they feel the happiest, as they can run around in the open. They can adapt to living in the backyard more than half the entire day, but just as long as they’re provided with a decent dog house.

The Tornjak is relatively easy to train as compared to other breeds. They have an excellent memory, so they easily retain what they learn from the training sessions. They enjoy certain training and activities, such as swimming, hiking, fetching or even hide-and-seek. They excel in dog sports like obedience and agility training. They also need these kinds of activities to keep their minds and bodies occupied. That will help them maintain a healthy state of body and mind. 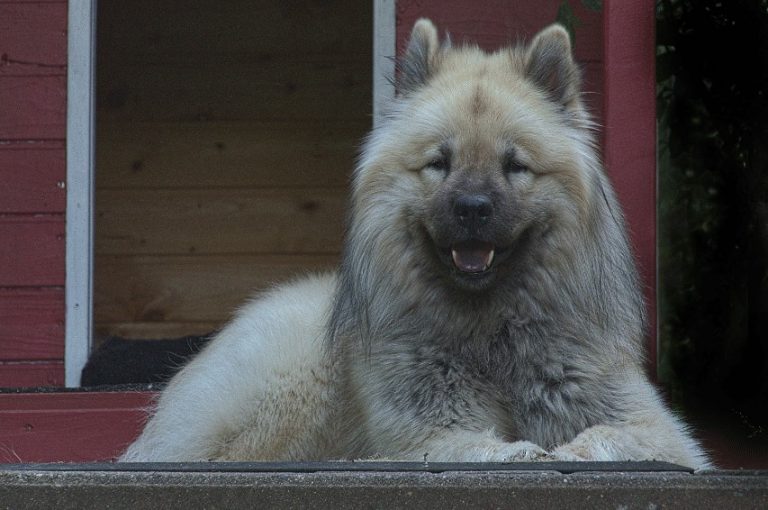 Height: Eurasier has the average height of 20 to over 24 inches.

Weight: Eurasier has the average weight of 40 to 70+ pounds.

More About The Eurasier Dog Breed:

The Eurasier has a double coat, in which the outer coat appears to be fluffy, rough and medium-length, while the undercoat is delicate, thick and short. The fur on the back of their legs and tail are noticeably longer than their entire body. In any case, the color of their coat may be black, fawn, red, sable and wolf gray— sometimes with black markings.

Due to their thick coats, the Eurasier breed sheds a reasonable amount. They go through heavy shedding once or twice per year. To help control fur around the house, regular brushing and warm baths will help reduce the amount of fur that your Eurasier sheds.  It’s also worth mentioning that if you have a male Eurasier and you get them vasectomized, you can expect that their coat will be thicker and longer, which will make it more difficult to handle.

You need to pay attention to their grooming because if you allow this breed to stay dirty for too long, they can smell. They need a proper, thorough brushing regularly to break up knots in their fur as well as to check for fleas and ticks. While they may have some body odor, they do not need frequent bathing—unless your Eurasier rolled around in something nasty outside.

The Eurasier is another breed that does not drool a ton. However, they are likely to drool when they’re begging, about to eat, drink, or have oral issues.

Eurasier tolerates both cool and warm climates—as well as living in a small-space or apartment lifestyle. While being a great watchdog, they’re very family-oriented and they won’t usually act aggressively toward strangers. They are prone to getting lonely, as they prefer company whether it’s their family or another dog.

Even though they’re somewhat independent, the Eurasier does well in training. However, they tend to get bored easily if they’re training is too repetitive. They need to be stimulated mentally as well as physically. Moreover, they don’t like punishments if they can’t obey every command- that leads to them simply giving up or being stubborn. They’re more inclined to training where they are given praise while they’re striving to learn.

Whether you found your ideal big fluffy dog on this post or not, you should understand that taking care of a dog is not an easy job.

Always keep in mind that you should be able to meet your dog’s needs for physical and mental stimulation. Or else, they could develop undesirable behaviors or habits. To do that, you need to learn almost about the breed you choose and determine if that specific dog would be right for your lifestyle. And remember: There’s no such thing as bad dogs from the beginning, only uneducated or bad owners. 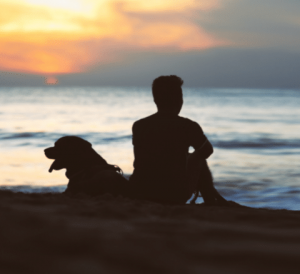 Hey guys! I'm Kevin and I'm the Founder of My Dog Reviews. I made this site to share my very own dog's reviews of food, treats, toys, and more. I also have become fascinated with dog breeds and I'm sharing my knowledge with the world. Have a breed, treat, or something you want me to write about? Just let me know! 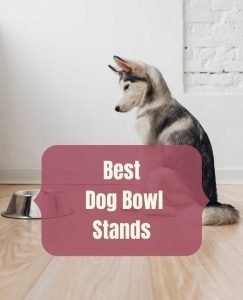 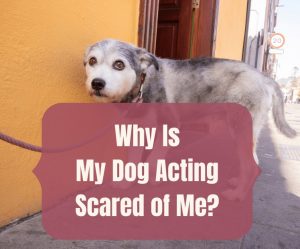 Why is My Dog Scared of Me 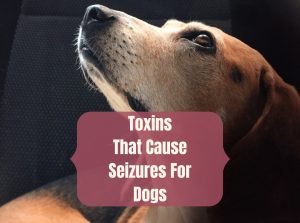 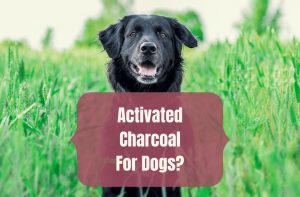 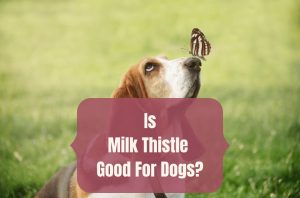 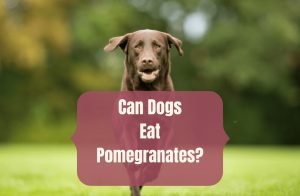 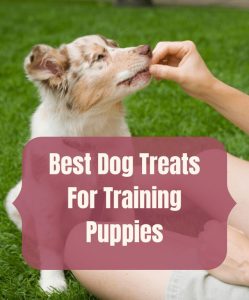 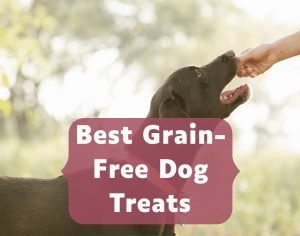 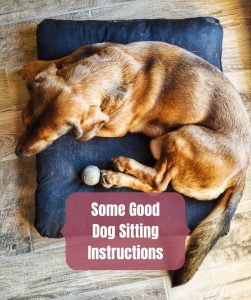